What you need to know about Bamako

Bamako is the capital and largest city of Mali, with a population of 1.8 million (2009 census, provisional). In 2006, it was estimated to be the fastest growing city in Africa and sixth-fastest in the world. It is located on the Niger River, near the rapids that divide the upper and middle Niger valleys in the southwestern part of the country.

Bamako is the nation’s administrative center. The city proper is a cercle in its own right. Bamako’s river port is located in nearby Koulikoro, along with a major regional trade and conference center. Bamako is the seventh-largest West African urban center after Lagos, Abidjan, Kano, Ibadan, Dakar, and Accra. Locally manufactured goods include textiles, processed meat, and metal goods. Commercial fishing occurs on the Niger River.

Bambara is spoken throughout Mali as a lingua franca. The language is most widely spoken in the areas east, south, and north of Bamako, where native speakers and/or those that identify as members of the Bambara ethnic group are most densely populated.

note: Mali has 13 national languages in addition to its official language. 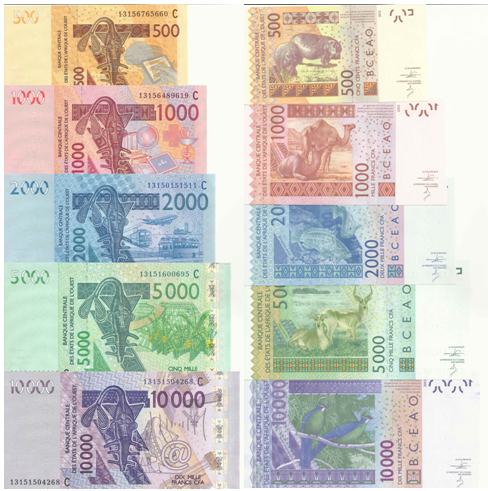 The area of the city has evidence of settlements since the Palaeolithic era. The fertile lands of the Niger River Valley provided the people with an abundant food supply and early kingdoms in the area grew wealthy as they established trade routes linking across west Africa, the Sahara, and leading to northern Africa and Europe. The early inhabitants traded gold, ivory, kola nuts, and salt. By the 11th century, the Empire of Ghana became the first kingdom to dominate the area. Bamako had become a major market town, and a centre for Islamic scholars, with the establishment of two universities and numerous mosques in medieval times.

The Mali Empire grew during the early Middle Ages and replaced Ghana as the dominant kingdom in west Africa, dominating Senegal, Gambia, Guinea, and Mauritania. In the 14th century, the Mali Empire became increasingly wealthy because of the trade of cotton, gold and salt. This was eventually succeeded by the Songhai Empire and in the 16th century Berber invaders from Morocco destroyed what remained of the kingdoms in Mali and trans-Saharan trade was taken over by sailors.

By the late 19th century, the French dominated much of western Africa, and in 1883, present-day Mali became part of the colony of French Sudan, and was its capital in 1908. Cotton and rice farming was encouraged through large irrigation projects and a new railroad connected Mali to Dakar on the Atlantic coast. Mali was annexed then into French West Africa, a federation which lasted from 1895 to 1959.

Mali gained independence from France in April 1960, and the Republic of Mali was later established. At this time, Bamako had a population of around 160,000. During the 1960s, the country became socialist and Bamako was subject to Soviet investment and influence. However, the economy declined as state enterprises collapsed and unrest was widespread. Eventually, Moussa Traoré led a successful coup and ruled Mali for 23 years. However his rule was characterised by severe droughts and poor government management and problems of food shortages.

In the late 1980s the people of Bamako and Mali campaigned for a free-market economy and multiparty democracy. In 1990, the National Congress for Democratic Initiative (Congrès National d’Initiative démocratique, CNID) was set up by the lawyer Mountaga Tall, and the Alliance for Democracy in Mali (Alliance pour la démocratie au Mali, ADEMA) by Abdramane Baba and historian Alpha Oumar Konaré. These with the Association des élèves et étudiants du Mali (AEEM) and the Association Malienne des Droits de l’Homme (AMDH) aimed to oust Moussa Traoré. Under the old constitution, all labor unions had to belong to one confederation, the National Union of Malian Workers (UNTM). When the leadership of the UNTM broke from the government in 1990, the opposition grew. Groups were driven by paycuts and layoffs in the government sector, and the Malian government acceding to pressure from international donors to privatise large swathes of the economy that had remained in public hands even after the overthrow of the socialist government in 1968. Students, even children, played an increasing role in the protest marches in Bamako, and homes and businesses of those associated with the regime were ransacked by crowds.

On 20 November 2015, two gunmen took 170 people hostage in Radisson Blu hotel. 21 people‚ including three Chinese businessmen were killed in the “Bamako hotel attack” along with the two gunmen during the seven–hour siege.

Bamako is situated on the Niger River floodplain, which hampers development along the riverfront and the Niger’s tributaries. Bamako is relatively flat, except to the immediate north where an escarpment is found, being what remains of an extinct volcano. The Presidential Palace and main hospital are located here.

Originally, the city developed on the northern side of the river, but as it grew, bridges were developed to connect the north with the south. The first of these was the Pont des Martyrs (2-lane with two pedestrian sections) and the King Fahd Bridge (four-lane with two motorcycle and two pedestrian sections). Additionally, a seasonal causeway between the eastern neighborhoods of Sotuba and Misabugu was inherited from colonial times (alternated traffic on one lane with five crossing sections). The Sotuba Causeway ( Chaussée submersible de Sotuba in French, and Babilikoroni in Bamanankan) is typically under water from July to January. A third bridge (1.4 km long, 24 m wide, four-lane with two motorcycle and two pedestrian sections) is being built at the same location to reduce downtown congestion, notably by trucks.

Under the Köppen climate classification, Bamako features a tropical savanna climate (Köppen Aw). Located between the Sahara to the north and the Gulf of Guinea to the south, Bamako is very hot on average all year round with the hottest months being March, April, and May. The mildest months are November to February. During the dry season, rainfall is scarce: virtually none falls between November and April due to the dominance of the Saharan anticyclone and the dry trade winds. The rainy season occurs in the summer with the peak during July, August, and September.

Bamako has provided the backdrop or been the subject of books and films such as Bamako, directed by Abderrahmane Sissako. The film depicts a trial taking place in Bamako, amid the daily life that is going on in the city. In the midst of that trial, two sides argue whether the World Bank and International Monetary Fund, or perhaps corruption, are guilty of the current financial state of many poverty-stricken African countries. The film was first released at the Cannes Film Festival on 21 May 2006 and in Manhattan by New Yorker Films on 14 February 2007 and was the recipient of the first Film Award of the Council of Europe given at the Istanbul International Film Festival in April 2007.

The Muslim religon is the dominant religion which is made obvious by the beautiful Grand Mosque de Bamako.

Much of the transportation is either by the Niger River, or by paved roads linking Bamako to other major urban areas. Navigating the river is possible from Koulikoro to Mopti and Gao. The bush taxi is one of the main modes of transport.

Bamako is situated on both sides of the Niger River and two bridges connect the two banks: the Bridge of Martyrs completed in 1960 and renamed in memory of protesters killed in March 1991 by the regime of Moussa Traoré, and the King Fahd Bridge, named after the Saudi Arabian donor. A third bridge project is currently being funded by the People’s Republic of China. Located in Sotuba area, it has the objective to decongest traffic in the city.

The Point G hospital, built between 1906 and 1913, covers 25 hectares (62 acres). A former military hospital, it became a civilian hospital shortly before the independence of Mali, and is situated on a hill overlooking Bamako

The second hospital of Bamako is the Gabriel Touré Hospital named after a young doctor and humanist Gabriel Touré who was born in 1910 in Ouagadougou and died in 1935 after having been contaminated by a patient with the pneumonic plague. The hospital was established in 1959.

The contract for the building of a new hospital in Bamako, to relieve pressure on the other hospital resources was signed on 27 December 2008. Located in the district of Yirimadio, the department will include a pediatric and obstetrics-gynecology facilities, a department of internal medicine, medical imagery facilities and hospital care with 150 beds to support the emergency services and intensive care. This hospital, like many recent developments in Bamako is financed and equipped with Chinese investment. 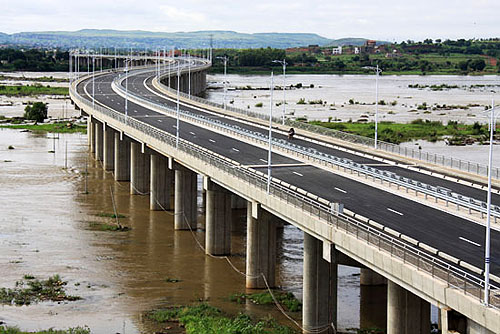 The Martyrs Bridge (Pont des martyrs) of Bamako, Mali connects the older sections of the city to its suburbs on the south shore of the Niger River. One of two road bridges across the Niger at Bamako, it is also known as the “Old Bridge”. Opened in 1957 when Mali was under French colonial rule, it was renamed the Martyrs Bridge after independence in 1961. Martyrs Bridge connects two of the main avenues of the city. Avenue Fleuve (also known as Avenue Modibo Keita), a broad boulevard enclosing the Square Lamumba which runs north towards the Presidential palace. From the south of the bridge runs Avenue de l’Unite Africain, the major route from the city centre south to Bamako-Senou Airport.